Know Someone who is Bird-Brained? 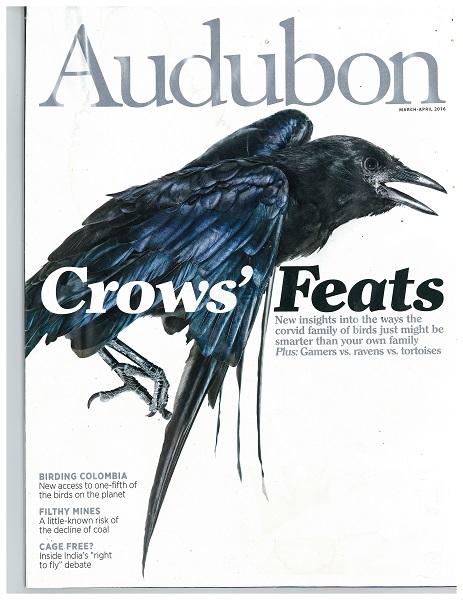 It is dry.  Last night a partially full water bucket kept in the kitchen was the object of interest for large black ants.  They had collected around the inner edge and barely moved when the bucket was carried outside.  They all went sailing as the water was tossed into the pine needles.

The feisty ruby-throated hummingbirds are exhibiting a powerful thirst. They twitter (they really do!) and chatter around the house during the day.  The noisy birds insist I need to change the feeders more frequently.  Nectar levels are now dropping faster and in the heat for a few days the nectar may go to 50-proof.  I know it is too hot and dry in the afternoon when the hummers and squirrels are nowhere to be seen and the cicadas cry for rain.

Crow bread is a staple at my house. Numbering up to seven at times, the basic crow family consists of four.  One squawks loudly before coming, with two others usually in tow.  Unbeknownst to them, the smallest crow has already silently descended and gathered all the food it can every morning at 11 am. You could set a clock by the birds’ arrival.  They voice their displeasure if no nibbles are present. 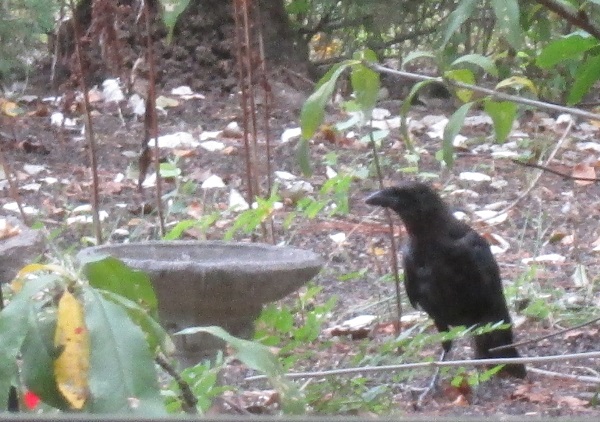 My crow next to bird bath

The enigmatic crow.  A bird covered in iridescent black shiny feathers with black bill and legs.  Do you have crows?  One Master Gardener has been watching crows dance over her yard and wondered if they ate bugs.  Yes.  They will eat almost anything from other birds, fruits, nuts, insects, eggs to carrion.  My crow family dines on leftovers and relishes small bones and most breads, except tortillas.

Crows are one of the smartest groups of animals alive.  In the Corvid family, the name crow can be applied to 45 different species.  The raven, a large crow, is ‘Corvus corax.’  Other than in Baltimore, MD, ravens live in Canada, western and eastern mountain regions in the US.  The smaller American crow is ‘Corvus brachyrhynchos’ (long name that means short-billed.)  The fish crow, ‘Corvus ossifragus’, is slightly smaller than the American with a weak nasal call, lives in wetlands and loves eating eggs of water birds.  Both American and Fish crows can be heard and seen in our area. 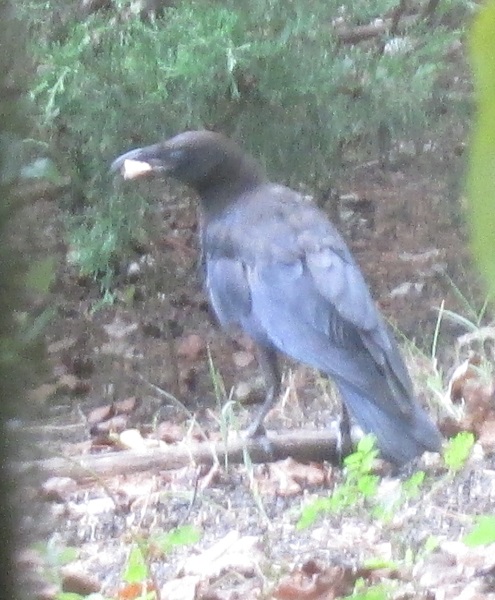 A nibble of purloined bread

Our American crows probably know us better than we do.  They recognize our faces, know our pets, and even have figured out our schedules.  The March-April 2016 edition of Audubon magazine published a special section about crows titled “The Bird Brainiacs.”  Crows have extremely large forebrains, the part of the brain that handles analytical thought and is responsible for their very adaptable behavior.  One researcher called them “flying monkeys”.  Proportionally speaking, their brain is every bit as large as that of a gorilla. Or some humans’ brains. Okay, the human brain is three times larger than the gorilla brain, but size isn’t everything.

When crows hear or witness other crows in distress, they remember.  They will form a mob, dive-bomb and scold the perpetrator.  Good reason why a gang of crows is called a murder. If crows see a dead crow, they will surround the deceased, loudly caw then fly quietly away. 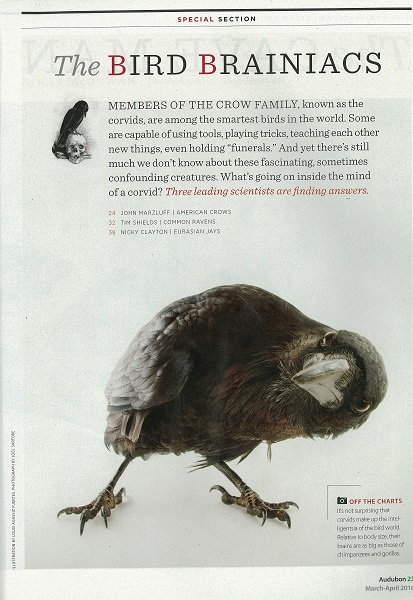 These birds of long memories share their knowledge with each other, which may be one reason they can better adapt to environmental and habitat changes.  Going it solo is not advantageous. As animal habitats decrease in suburbia land, the Brainiac article suggests backyards be treated seriously as bird refuges.  Replace lawns with native vegetation, mark windows so birds don’t fly into them, and keep dead trees for nesting if in a safe spot.  The only wild animals many people see are pigeons and crows.  Building up suburban, community, town and city bird populations provides better chances for all birds to survive an uncertain future.

Crows are clever.  They can solve problems, make future plans, create and use tools.  Evolutionary biologist Russell Gray says “calling someone ‘birdbrained’ used to be an insult.’

Consider it a complement.